Car Accident Reporting: What Are the Rules in Ontario?

Car Accidents in Ontario: What to Do If the Driver is Uninsured

Beyond experiencing an alarming event, being in a car accident carries some legal responsibilities, as well.

In the second of our three-part series on car accidents, here’s what you need to know about car accident reporting in Ontario.

To Report or Not to Report?

Always report an accident within 24 hours if any of these scenarios are true:

If the combined damage is less than $2,000 and none of the above listed conditions exists, then it is not necessary to report the accident. If you are unsure of whether or not there is $2,000 worth of damage to both vehicles combined, you should report it anyway, just to be on the safe side.

What Happens if I Fail to Report the Accident?

If your accident should be reported but you fail to do so within 24 hours, you could be charged with leaving the scene of an accident. According to the Highway Traffic Act, leaving the scene of an accident carries a fine of $400 to $2,000, and your license could be suspended for up to two years. Further, if the accident was severe, you could go to jail. The penalties are the same for any other driver involved in the accident who fails to file a report.

Do I Have to Report the Accident to my Insurance Company?

Yes. Your insurance policy requires you to report all accidents, regardless of damage and even if you plan to pay for the damages yourself. If you fail to report the accident, you run the risk that the other driver will report it, which could cause your policy to be cancelled. Additionally, if the other driver’s insurance does not pay for your damages and you haven’t reported the accident to your insurance company, you could be forced to pay the damages out-of-pocket, even if you were not at fault.

If you find that you need a little extra cash to get you through a short-term financial crisis like a car accident, Pay2Day can help. Find a retail store near you to get started.

Read part 3 of this series:       Car Accidents in Ontario: What to Do When the Driver is Uninsured 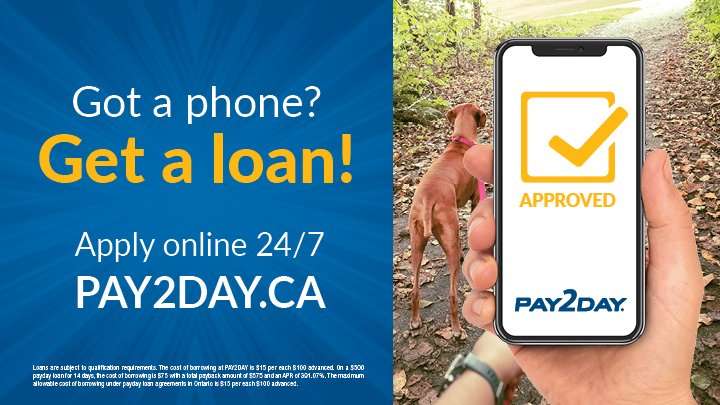